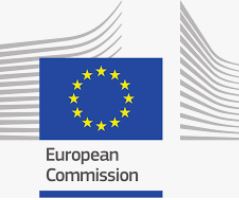 Today the EU announced a major step in their never ending war on those “abusing” the systems which were designed to assist in the free movement of capital.

The proposed amendment to the Directive on Administrative Cooperation (DAC) (due for implementation in 2024) will target those companies which meet three basic tests:

1. is the bulk of the company’s income passive income (dividends, real estate, etc)?

2. are the majority of its transactions cross border?

3. Is management and administration “outsourced”?

Companies that meet all these criteria will then be subject to an increased reporting regime, following that, an as yet unspecified series of “substance indicators” will be applied and if the company fails those tests it will lose the benefit of tax related directives and double taxation treaties, as well as a withholding tax on payments to the “shell” company being charged in certain circumstances.

This appears to be a very aggressive set of proposals but the full text is yet to be released. It will look concerning for many of the jurisdictions within the EU such as Netherlands, Malta, Cyprus and Luxembourg who have built a large financial services sector on the hosting of holding level companies. To those jurisdictions such as BVI, Isle of Man, Guernsey and Jersey who have recently had economic substance rules forced on them it will look like justice and an end to the hypocrisy of the EU insisting that they implement rules that are not mandated on member states. It is always worth remembering that of the top 20 nations on the Corporate Tax Haven Index 6 are EU member states.

Moving forwards this will be a cooling on the existence of holding companies and cross border groups but to what extent we cannot know without the full text. The EU, in its desire to end tax avoidance, is getting dangerously close to undermining the freedom of movement of capital which sits at its core as a trading bloc.