International Agreement on taxation between Spain and the UK regarding Gibraltar ratified.

On 4 March 2019, Spain and the UK signed an International Agreement on Taxation regarding Gibraltar, the purpose of which is to improve cooperation in the field of taxation and the protection of financial interests between Spain and Gibraltar.

The Agreement has now been ratified by all parties and its provisions became law on 4 March 2021. The Government of Gibraltar has now also incorporated the text of the Agreement into the Gibraltar Income Tax Act 2010.

The Agreement will improve tax cooperation between the Tax Authorities of Spain and Gibraltar. It provides rules for resolving conflicts over tax residency and enables administrative cooperation through sharing of information and addressing disputes by means of a Joint Coordination Committee.

The Agreement contains important changes on taxation for residents of Spain and Gibraltar. We summarise below some of the most relevant aspects of the Agreement.

Key aspects of the Agreement

(i) if the individual person spends over 183 overnight stays of the calendar year in Spain; or

(ii) in the event that an individual’s spouse or similar relationship, or any dependent ascendants or descendants reside habitually in Spain; or

(iii) if the only permanent home at the individual’s disposal is in Spain; or

(iv) if 2/3 of the individual’s net assets determined pursuant to Spanish tax legislation are located in Spain.

Where the above rules are not conclusive, an individual will be considered tax resident only in Spain unless he/she is able to provide reliable evidence that he/she has a permanent home for his/her exclusive use in Gibraltar and remain in Gibraltar over 183 days. The Joint Coordination Committee will resolve any doubts in this respect.

The following special rules for determining residency will apply in all cases in relation to a change of residency to Gibraltar:

(i) Spanish nationals who move their residency to Gibraltar after the date on which this Agreement is signed (4 March 2019), shall in all cases only be considered tax residents of Spain;

(ii) Non-Spanish nationals who have spent at least one complete tax year in Spain, retain their tax residency in Spain during the year in which the change of residency is made and during the four subsequent tax years; and

(iii) Registered Gibraltarians who have spent at least four years in Spain, retain their tax residency in Spain during the year in which the change of residency is made and during the four subsequent tax years.

Legal persons (corporate entities and other legal structures or arrangements) established and managed in Gibraltar with effect from 16 November 2018 or governed by its legislation, will be considered to have residency only in Spain where they have a significant relationship with Spain, whether because of the majority of its assets or majority of its income is in Spain or if the majority of owners or natural persons in charge of effective management/directors are tax residents in Spain. There is a limited exception in relation to companies incorporated before 16 November 2018 which satisfy certain requirements (substantive economic presence in Gibraltar).

The competent authorities will eliminate, where appropriate, double taxation pursuant to the provisions of their domestic law.

The parties agree to apply an enhanced administrative cooperation with a view to exchanging information for the administration, enforcement and collection of taxes. This mutual assistance is wide-ranging and far-reaching and will apply even if EU legislation ceases to apply to Gibraltar.

Information on workers who are tax residents in one jurisdiction but are employed or carry on a trade in the other is to be exchanged on an annual basis. This will apply to all workers who reside within a radius of 80 km of Gibraltar. Information on vessels, aircrafts and motor vehicles registered in one jurisdiction but relating to tax residents in the other will be exchanged on a biannual basis. The first exchange of information will cover the period from 1 January 2014 to the date of entry into force of the Agreement.

The parties shall create a Joint Coordination Committee which shall supervise and coordinate the cooperation activities set out in the Agreement.

Although the Agreement has now become law, there are an important number of its provisions which will not take effect until the start of the next tax year, i.e. 1 July 2021 for Gibraltar and 1 January 2022 for Spain.

With regard to Spanish nationals wishing to move their tax residence to Gibraltar, the special rules contained in the Agreement will apply as from 4 March 2019, the date of publication of the Agreement.

We recommend that all clients consider their position carefully and take full advice. Active consideration should be given to the options available: relocation, restructuring or regularisation.

With offices in Gibraltar and Spain and specialist tax advice available, Hassans are uniquely placed to assist you with your questions and queries and appropriate planning.

For more information, please contact one of specialist tax advisers. 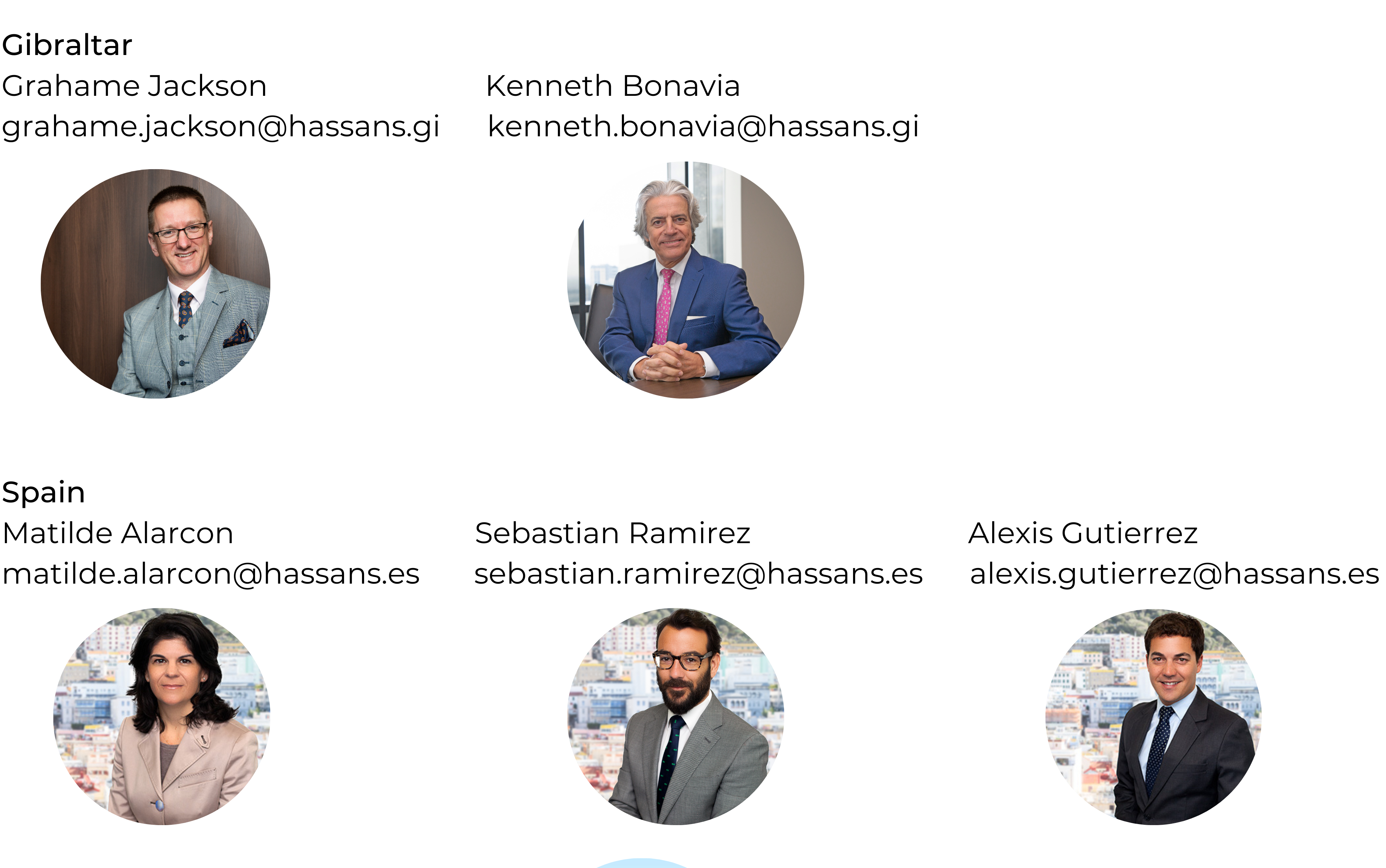